Solitaire In Space by JoeJoeJoeJoe is a Klondike solitaire, for the Sega Genesis. Release Candidate 1 is available to download and might get developed further. The game can run on the real thing with a flashcard or using a Genesis emulator. 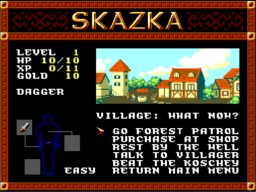 Skazka MD by StevePro Studios is RGP adventure game originally written in BASIC for the Sega SC-3000 in March 2022, now this game has been ported to Sega Mega Drive/ Genesis respectively. It is a unique platform game that combines the best elements of action and adventure. In this game, you will face an evil …
END_OF_DOCUMENT_TOKEN_TO_BE_REPLACED 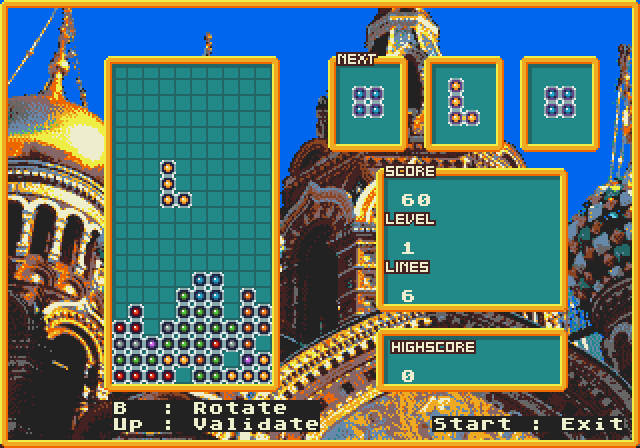 Tetraminos MD by lunoka has been published in March 2022 for the Sega Genesis / Sega Mega Drive. This demo game has been made with SGDK and is a well known “Soviet falling blocks” game. Goal is the clear all lines, while the challenge will get harder the longer you play. 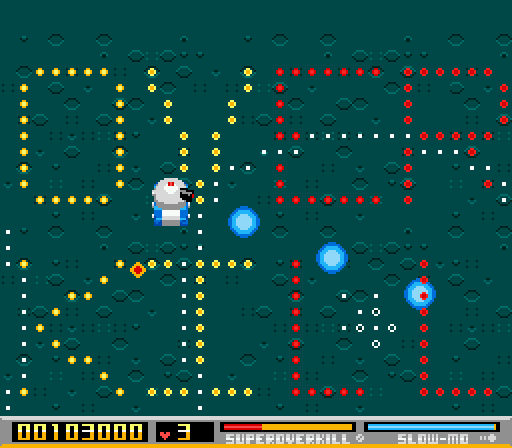 Super Maximum Overkill by SpacePantsGames has been published in May 2022 for the Sega Genesis / Sega Mega Drive. Watch this video on YouTube. The player’s autofire shooting tank moves around in an enemy field, shielding and protecting itself. When you pickup the leftovers of your opponents, your OVERKILL bar refills and you get 10x …
END_OF_DOCUMENT_TOKEN_TO_BE_REPLACED 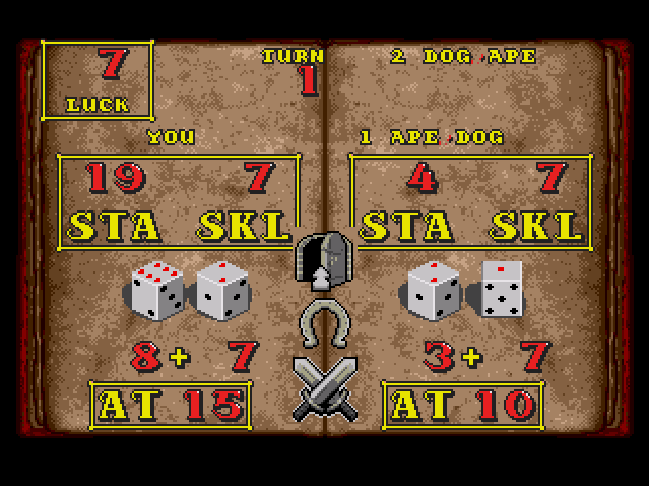 The Chaos Citadel by Studio Vetea is an adaptation of Steve Jackson from a single-player adventure gamebook for the 16-bit SEGA Megadrive / Genesis console! Just like the original game, you can create your own character OR choose to let the game take care of it .. But beware, it will not necessarily be the …
END_OF_DOCUMENT_TOKEN_TO_BE_REPLACED 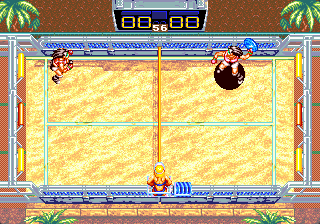 Windjammers by Format_c is an attempt to bring Windjammers to the Sega Mega Drive. It’s always astonishing to see what people who just want to learn SDGK can achieve at the end, and we believe Format_c did not even start to unleash his coding power yet! Kudos! Watch this video on YouTube. 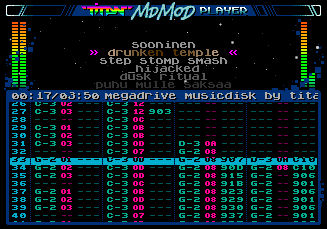 MDMOD Player is a production for the Sega Genesis/ Sega Mega Drive by Titan. It’s not only an Amiga module player, but also allows you with seperate tools to create a ROM with your own modules for playback. The tools HTML based and works wonders. The presentation of the tool is built up with top …
END_OF_DOCUMENT_TOKEN_TO_BE_REPLACED